He has won three absolute triumphs in France: as Romeo, twice (in Bordeaux and then in Paris), and as Nemorino. Before his return to the capital in April for Thaïs and while waiting for the release of his CD (planned for March), we met PENE PATI who tells us all about his beginnings, his career, his desires... and his happiness to sing in French.

Nicolas Mathieu : How did you meet lyrical art ?
Pene Pati : It was very difficult to make a path to lyrical art from Samoa/NZ, as no one around me sang opera or knew what classical music was. The reason why I got into classical singing was back in high school, in order to play rugby for the school, you had to sing in the school choir. My music teacher introduced me to choral music. After joining the choir for this reason, I realized I liked it. In Polynesia, we have a great culture of singing. It’s all about singing the stories of your village, of your family. And when I was introduced to opera, I felt the same thing. And even if a lot of people told me to stop and play rugby or do hip-hop, I continued something that was a challenge for me.

N.M. : What memories do you have of this period?
P.P. : In 2013, I was part of the Merola Program which is a 10 week summer program under San Francisco Opera. Because I was still rather new at this level of singing, I didn’t believe in myself. I remember sitting and hearing the people around me, and then calling my partner and tell her I had the wrong profession and needed to stop. (laughs) Then I got selected for the Adler, so I started to think I may have a voice or something. So I took this opportunity, and for 2 years, I learnt everything I could! The Adler fellowship ended with Il Duca in Rigoletto, and it was the biggest assignment to a young artist still in the program for a long, long time. So I thought it would either make me or break me! (laughs) It was a turning point.

P.P. : I never saw competitions as something difficult, maybe its because I always had a different mindset. My thought was not to win, but to just sing. When you think about winning, it plays with your mind, and if you get anything but the first place, you can be really affected. For my part, as long as I gave the best I could, it was fine. Those competitions were essential in launching my career. I wanted people to hear me. And it was another way of auditioning all around the world (laughs).

N.M. : Did it go to contract proposals?
P.P. : There were some very interesting contract proposals. But I really wanted to protect my technique. And a lot of the things that came through looked amazing on paper, but were not for me, for now at least. And it is so hard for a young singer to turn down opportunities, because you want to get paid! (laughs) But I have this mentality that, If I am protecting my voice now, with smaller roles, it can bring me experience. And I will sing the harder roles when I am ready, with my full potential, so that people will be able to hear me this way.

N.M. : So you seem to be impatient but the path requires patience…
P.P. : Yes, you have to be incredibly patient. You have to have a concrete mind that just makes the right choice. And I am grateful that a lot of theatres respect that.

N.M. : So for now which roles interest you?
P.P. : I am singing a lot of light lyrical roles. So I’m sticking to Lucia, L’Elisir … The bel canto repertoire keeps your voice fresh and your technique at a good level. And when you move to something heavier like Don José, Calaf, Mario in Tosca, you can’t go back. And of course, aside from bel canto, there is Roméo et Juliette.

N.M. : What interests you in the French repertoire and the French language?
P.P. : I love French the language. I would say, though, in the beginning, it was so difficult! (laughs) What I did was I used to get a French person to say my entire libretto on my phone. Then I would imitate the whole thing, and break down every single vowel. Now I feel my voice sits in the French repertoire. Actually, this repertoire sounds like Samoan music, as it has many melodic flows. And they are not so many foreigners that sing the French repertoire very well so I’ve been very fortunate. I know the French love to hire French singers because they want to hear the French language be sung properly. So I am happy to be part of this group and singing French roles in France is an absolute honour.

N.M. : About L’Elisir in Paris, in which your interpretation was highly praised, how did you feel about your debut in Paris and in this production?
P.P. : I love Laurent Pelly’s production and most of all the character of Nemorino. I feel I connect to him very well. This production is very demanding physically, there is a lot of running and dancing. I asked Laurent: ‘Do any tenors actually do all of that?’ and he responded he had been trying to make the different tenors singing Nemorino do it but without success because they feared it would interfere with the singing. So I decided to put in the effort – run around, sing, make him dance… That was what he wanted, and he loved it. Doing it this way was all worth it. And the people told me it was so refreshing to watch somebody perform and not just stay in some position to suit the voice – which is obviously fine as well! People told me they had a fun night. That is what coming to the opera is all about!

N.M. : What lyrical figures do you relate as a singer?
P.P. : I learnt the majority of my singing technique from Pavarotti. When I first started, I was young and I couldn’t afford the lessons. The only way I could learn a technique was by watching his videos on YouTube. I wanted to understand how he sang, to get his way of singing. I never wanted to imitate him or emulate him, but, his way of ‘covering’ or going through the passaggio works well for me and consequently, some now have even said I sound like him. However, this was never the goal. Today, I have massive respect for Laurence Brownlee. I worked with him once for Don Pasquale by Laurent Pelly and I just picked his brain. It was so fascinating. He is so smart about what he chooses to keep his voice fresh, I find it really admirable.

N.M. : Do you have a dream role?
P.P. : The three roles I would love to sing are Canio in Pagliacci, Otello and Don José. For all these characters, I have a different interpretation of them in my head. As I think right now, the singers are singing these roles pretty much in the same way.

N.M. : And coming more soon?
P.P. : I’m only about to start La bohème. I know many tenors want to sing it very young, but I wanted to grow into the role of Rodolfo, and have the technique for the role. In the meantime, I’m sticking to Roméo et Juliette which I absolutely love, partly because there aren’t many tenors that are singing it well. We always forget that it is very, very hard! 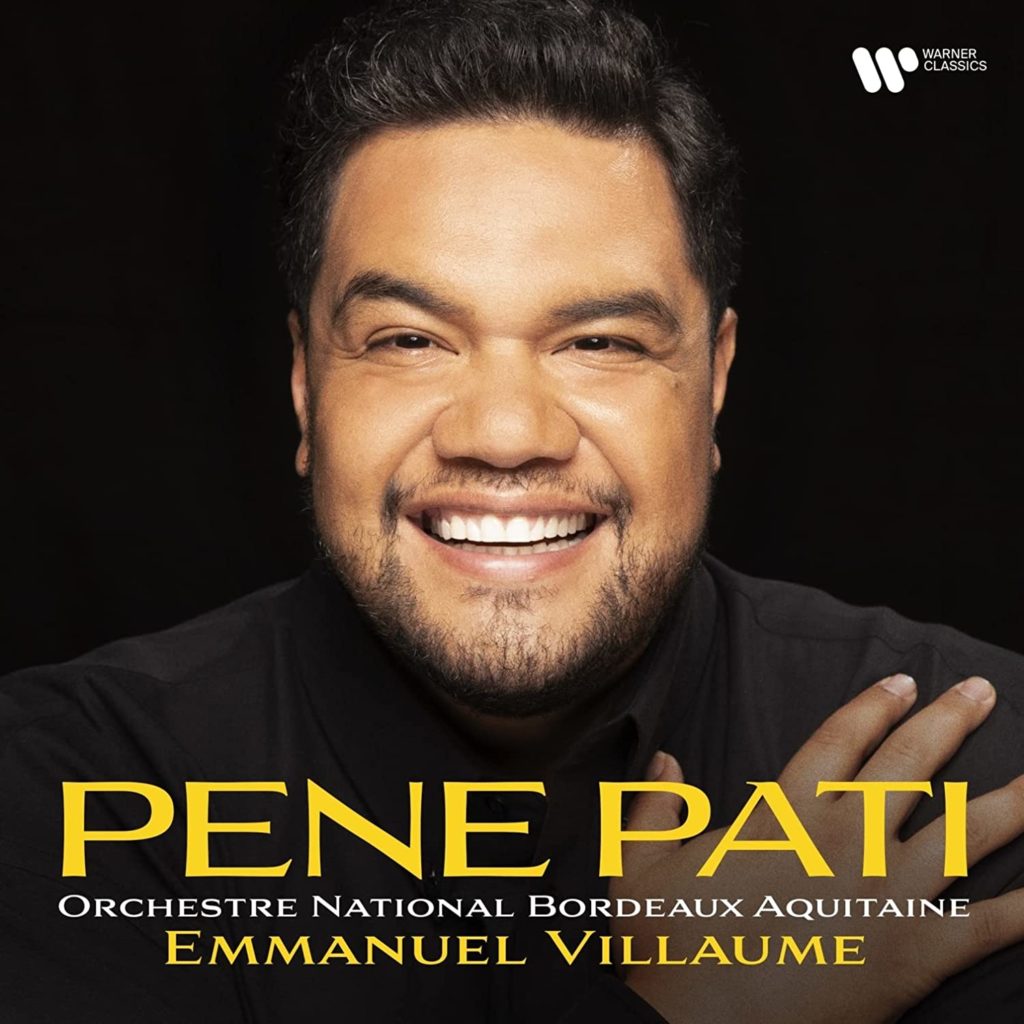 N.M. : What about the recordings?
P.P. : My first album will be released in March 2022. I chose pieces that meant something to me rather than the ones that sound good for a tenor. (laughs) I want to show people my journey. So there will be Rigoletto as it is my first role, Manon because it is my first French role. And also pieces that are very difficult for a tenor to sing, as in ‘Ah! Lève-toi, soleil!’ in Roméo et Juliette.

N.M. : You said earlier that you were very sensitive about singing a different interpretation of the roles you’re singing. How far do you play with the composer’s intents in order to do so?
P.P. : When I learn music, I do it with a sheer respect of what the composer ‘wanted’, and then I forgot the whole thing! (laughs) You don’t know what they wanted…they’re gone! The most important thing, therefore, is to sing the way you feel about what he wanted. For example, in L’Elisir, when Nemorino laughs, even if Donizetti put notes to it because he had to – I don’t do it, I just laugh! And it does not mean I don’t respect what is written. I just try to add a different element. And who knows, maybe thats what he wanted but he didn’t know how to transcribe that… I don’t know. And there is so much you can do! Otherwise, all the interpretations become the same, and there is no difference between tenors. Interpreting a character the way you feel about the composer’s intents is what art is all about. Because then people see you instead of the character and then suddenly, they can relate.

For the French version of this interview, click on the flag! 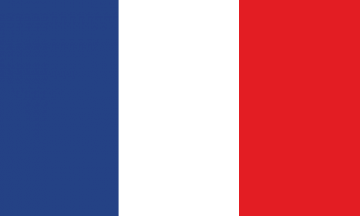